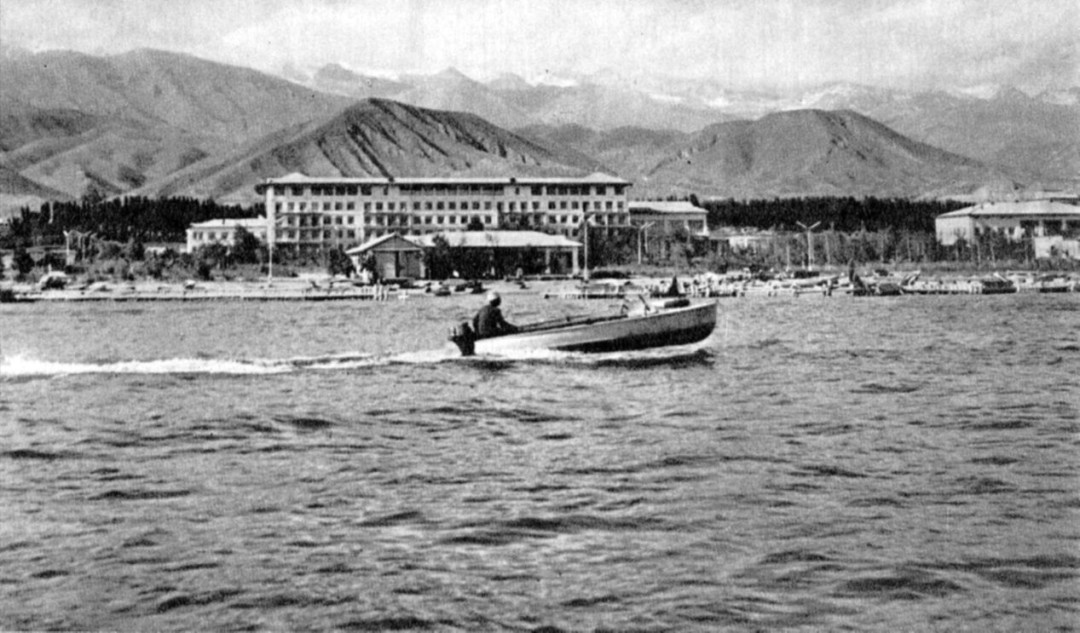 Issyk-Kul is an endorheic lake in the northern Tian Shan mountains, in eastern Kyrgyzstan, at 1600 meters above msl. Its area is 6 236 square kilometres and it is the second largest saline lake after the Caspian Sea. Issyk-Kul means “warm lake” in the Kyrgyz language: this name comes from the fact that, although it is surrounded by snow-capped peaks, the lake never freezes. During the Soviet Era the lake became a popular vacation site, with sanatoria, boarding houses and vacation homes along its northern shore. While the vacationers were enjoying a few days of calm on the surface, in the depth the Soviet Navy was testing new submarines.