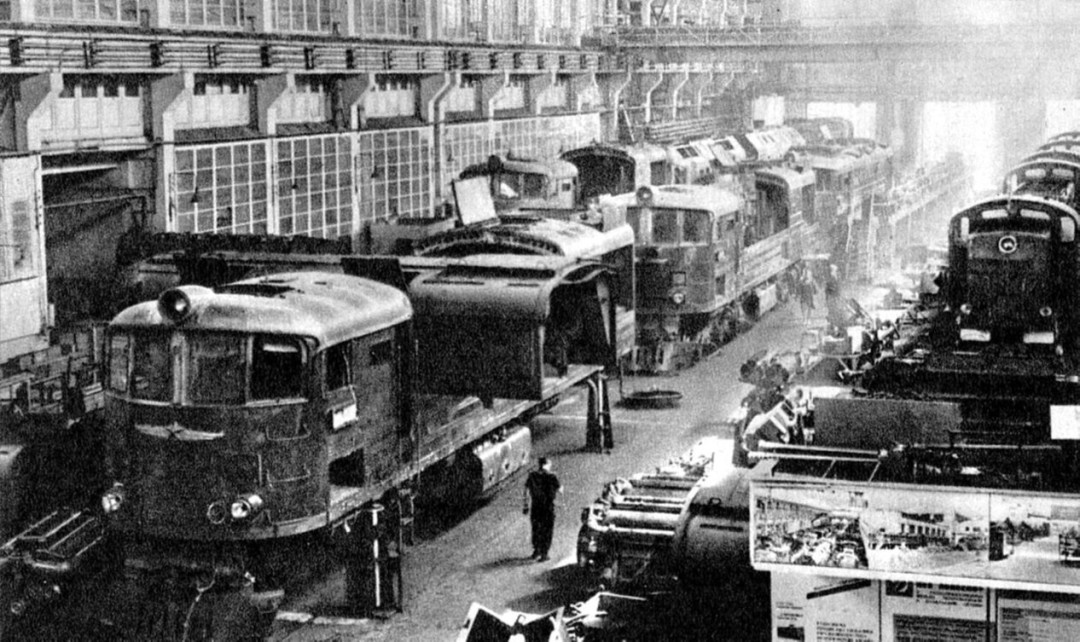 The Daugavpils locomotive repairs factory (Latvia) in the early 70s, during the soviet era. On the left there are some “Te3” main line diesel locomotives, a model introduced in the 1950s. On the right there is a line of “Te1” switcher locomotives: this model is a replica “made in USSR” of the american ALCO RSD-1. The DLRR plant (“Daugavpils Lokomotīvju Remonta Rūpnīca”) was founded in 19th century as a workshop for the Saint Petersburg–Warsaw and Riga–Orel railway lines; today is a company with more than a century of history.