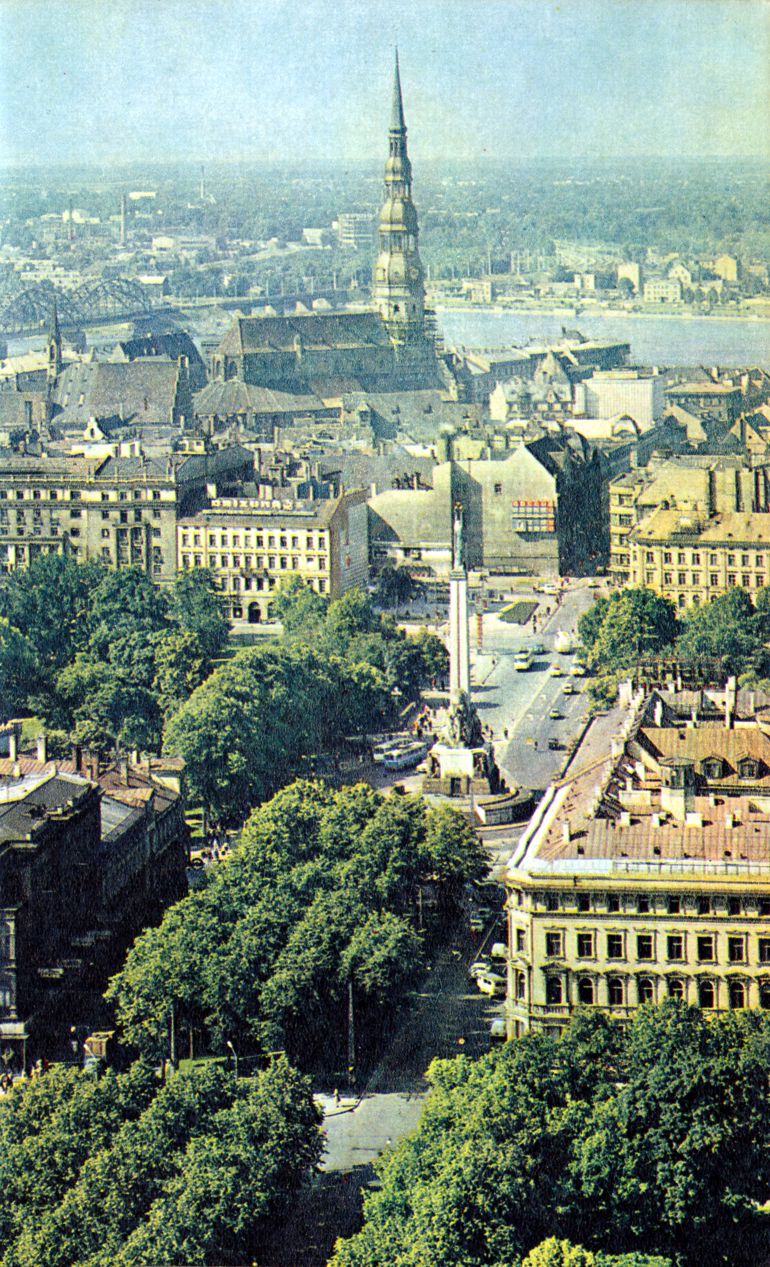 Riga, former Hanseatic League member and capital of the Latvia, in a 1975 picture throughout soviet era. Back then popolation was 796 000 (source: Novosti agency) but the result of 2011 census was 669 203; even so Riga is still the largest city of the Baltic states. In this picture one can see the Brīvības bulvāris, that is “Freedom boulevard”, with the 42-metre (138 ft) tall travertine column of the “Freedom Monument” (Brīvības piemineklis), built in 1935 by concept of Latvian sculptor  Kārlis Zāle. Beyond that stands out the Baroque bell tower of St. Peter church, built in 1746, that is one of the tallest towers in Europe (123,35-metre). The current Gothic church building dates back to the ends of 15th century. On the distance there is the Daugava river. The old town of Riga is a UNESCO’s World Heritage Site.