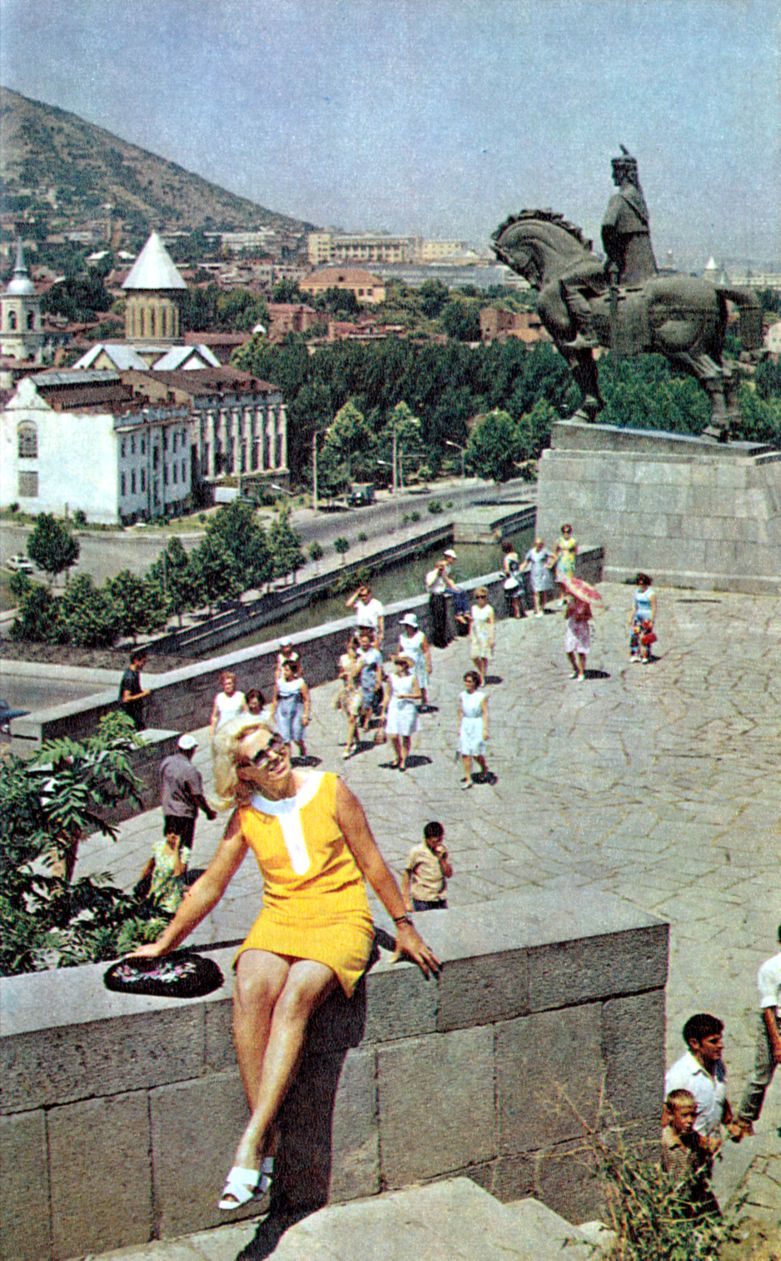 Tbilisi, capital of Georgia, in a 1975 picture. A young woman poses on the panoramic plaza in front of the Church of Assumption (end of XIII century), in the historic neighborhood of Metekhi located on the elevated cliff that overlooks the Kura river. Behind her you see the equestrian statue ok king Vakhtang I “Gorgasali” (wolf head), who is considered to have been the founder of the city in 5th century. On the beackground you see the Kura river and some buildings of the “old Tiblisi”, the historic centre of the city (Street View).  At that time the population of the city was 1 006 000 (source: Novosti) and Georgia was part of the Soviet Union.