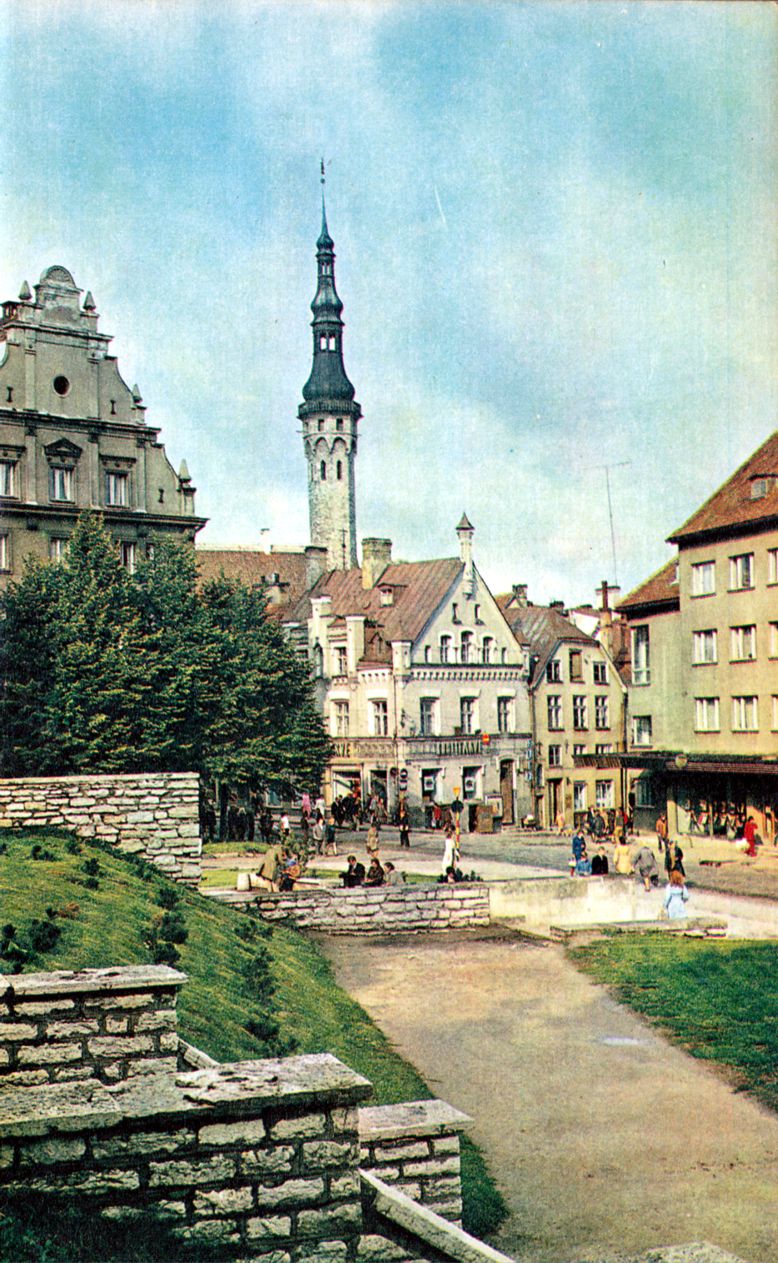 The “old town” (historic centre) of Tallin, capital of Estonia, in a 1975 picture. At that time the population of the city was 399 000 and the country was part of the Soviet Union. Seen from the small park behind the St. Nicholas’ Church (Niguliste Kirik), you can see the crossing between the streets called Niguliste, Harju, Kuninge and Kulassepa (Street View). On the background stands out the tower of the Tallinn Town Hall (Tallinna raekoda). This latter, dating back to the beginning of 1400, is the last surviving brick gothic town hall in Northern Europe. At the top the tower there is the “Vana Toomas” (Old Thomas), a copper weather vane depicting a city guard in 16th century clothings that has become a symbol of the city. Tallinn’s Old Town (Tallinna vanalinn) is listed as a UNESCO World Heritage Site. 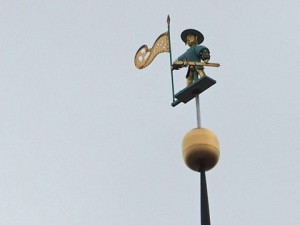