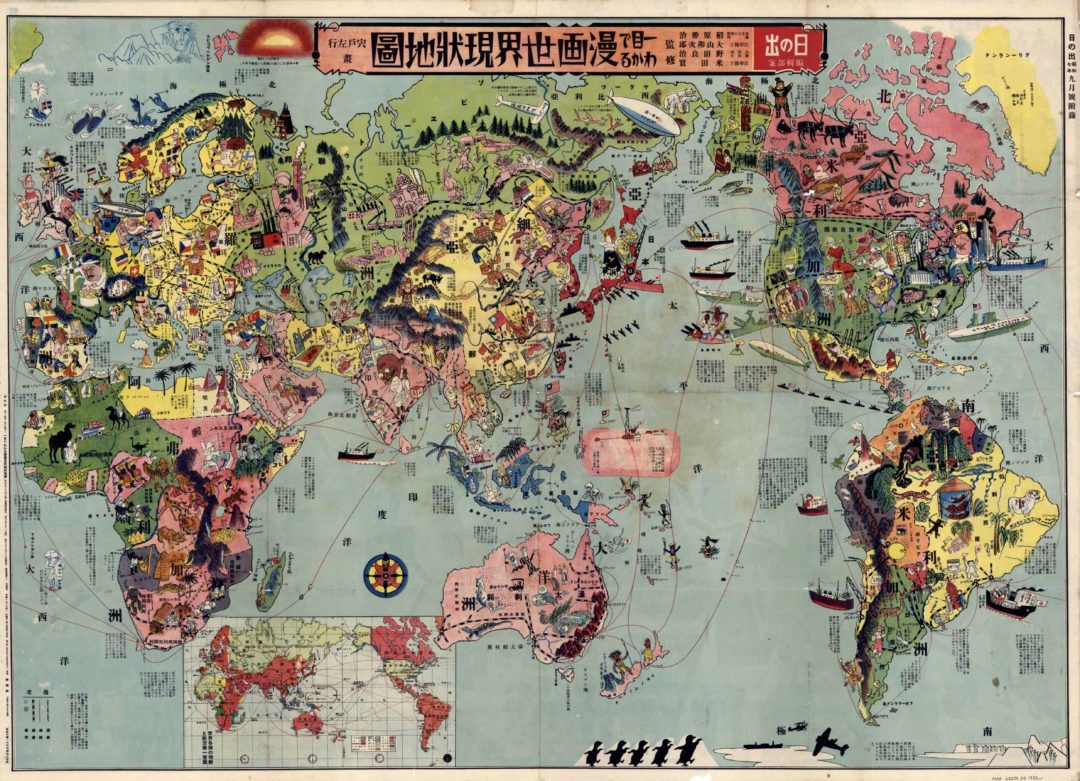 A pictorial world map issued in Japan in 1932 as a supplemento to the magazine Hi no De (tha means “Sunrise”), with illustrations by Sako (or Sagyo) Shishido depicting the national stereotypes in the Japanese collective imagination, but also a satirical view of the world events at that time. Original size: 106,7 x 75,7 cm (42 x 29.8 inches).

Dozens of caricatures of famous people are recognizable, among them Herbert Hoover, president of the United States from 1929 to 1933, the gangster Al Capone, the baseball player Babe Ruth and the boxer Jack Dempsey in the USA, the Chinese generals Chiang Kai-shek and Chang Hsueh-liang, the dictators Iosif Stalin in Russia and Benito Mussolini in Italy, Adolf Hitler and Hindemburg in Germany, Ramsay MacDonald in Great Britain, Ghandi in India and many others.