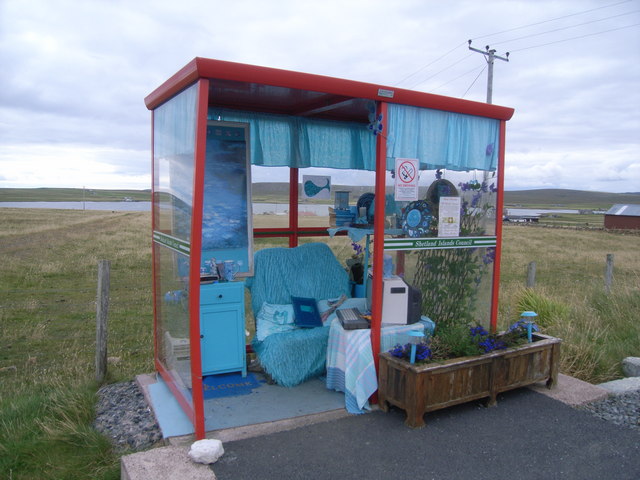 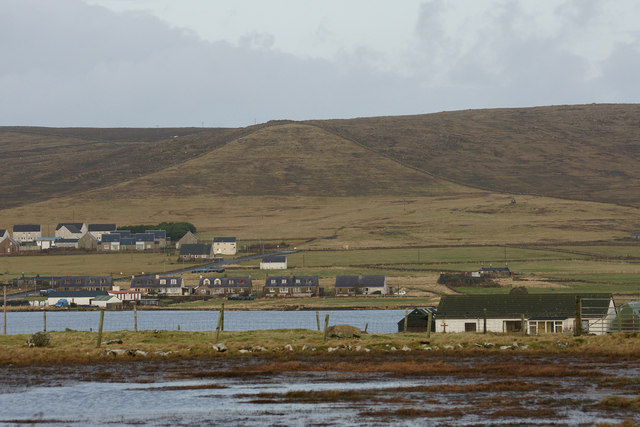 Unst, the northernmost among the populated islands of the Shetland archipelago, which in turn is the most remote among the Scottish archipelagos. Baltasound is the main urban center of the island, we might say the only center since the rest of built up areas arehardly more than mixtures of houses, scattered beside the jagged coastlines. Naturally, even the definition of “urban center” is relative, because the whole island of Unst supports slightly more than six hundred residents[1] that call it “Mainland”[2]the main island that is distant 160 km to Scotland shores and counts no more than twenty thousand residents[1] in 970 km², a population density equal to that of Salomon Islands. [3]

Baltasound, that -not surprisingly- is located on the bay of Balta Sound[4] which derives its name from the uninhabited little island of Balta. This protects the entrance of the bay from storm surges, was until the beginning of the 20th century the main port for the herring fishing in the Shetland, that still remains the main activity in the island. In Baltasound is located the most northerly post office of the United Kingdom, at least since 1999, when that of the small village of Haroldwick -that previously held this record- closed down.[5] Actually, however, starting from the island itself, many things in Unst are the northernmost of the United Kingdom: Muckle Flugga lighthouse, the road,[6] the last Haroldswick house,[7] the brewery[8] and the most northerly coach: the line number 28,[9] the single one of the island. In the morning the coach picks up the boys that go to the “Baltasound Junior High School”, the – needless to say – most northerly school of the United Kingdom

In 1996 the old bus passenger shelter at the end of Littlehamar Road, at the crossroads with A968, the main road of the island[10] has been declared unstable and demolished. Children that were waiting the bus to go to the most northerly school of the United Kingdom would be exposed to Shetland rain, snow and wind if one of them, encouraged by his father, hadn’t taken the initiative in writing a letter to the local daily newspaper, the Shetland Times, the northernmost newsroom of the United Kingdom, asking for a new shelter for him, for his bicycle (used to reach the bus stop) and for his schoolmates. The Boy’s name was Bobby Macaulay and he was 7; his letter didn’t go unnoticed: the Shetland Island Council, the administrative local authority,[11] installed the new red bus shelters that today are visible in Unst. Later happenings were instrumental to making the bus shelter so popular: few days after the installation of the new but shelter, someone furnished it with a table and a sofa made from basketry.[12] Soon after a television and a little chafing dish were added, without anyone claiming this act of altruism. In winter an electric heater also appeared.[13] and a carpet. The Littlehamar Road bus shelter was becoming increasingly comfortable and, at the same time, it was popular with the Shetland population and beyond: the guest book filled with signatures and suggestions, from which stood out the request of a website, activated within a couple of years (1998). On the occasion of the new millennium celebration, a lot of small, scattered events were organized in the island. The bus shelter, too, had its little festival, the northernmost of the United Kingdom: several musicians played in it without a precise programme, and beside it a green bus was parked, inside which meals and drinks were served all day long.

In 2004 the cabin had to be moved by a few meters to allow the construction of a small parking lot, parted from the main road by a small traffic island dedicated to radio host John Peel, one of the memorable voices of BBC, died that same year in Cuzco, Perù. It probably consists of the only traffic island with its own toponym; and John Peel is perhaps the only person to whom a traffic island is named after. Every year the bus shelter is decorated following a new theme: in 2005 it was Africa,[14] with giraffe-curtain and a book on the African continent; in 2006 the theme was “space” for the simple reason that the cabin vaguely resembles a “Tardis” [15] of the memorable TV series Doctor Who that was resumed by the BBC around that time after lying in oblivion for more than 20 years. Phil and Liz too, the two plush hamsters that live in a little cage inside the bus shelter, are dressed up according to the current theme. Year 2007 inaugurated the colour series with the yellow theme, followed by turquoise the next year and by pink in 2009. 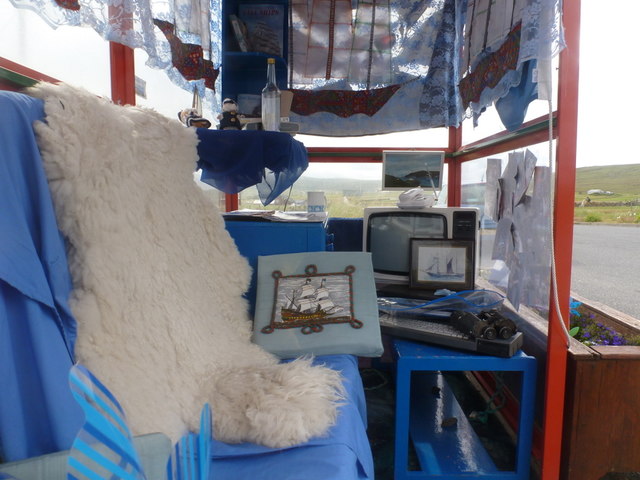 In 2010 the theme was the South Africa soccer World Cup, with curtains and pillows decorated with soccer players and balls; while 2011 was dedicated to nautical issues, because that year the “Tall Ships’ Race” (traditional regatta reserved to large sailing vessels) would call at Lerwick, the Shetland capital. In 2012 it was the red colour turn, but 2013 was the year of the sheep and 2014 was a tribute to Nelson Mandela. Certainly it is the best place you may happen to be waiting for the bus. ∎ 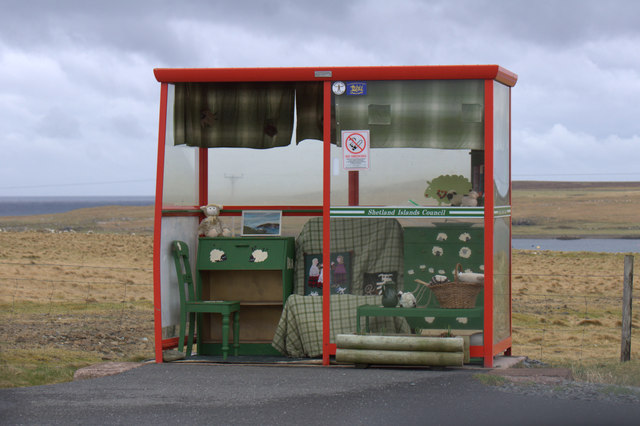 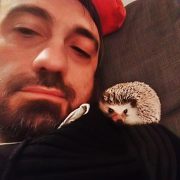