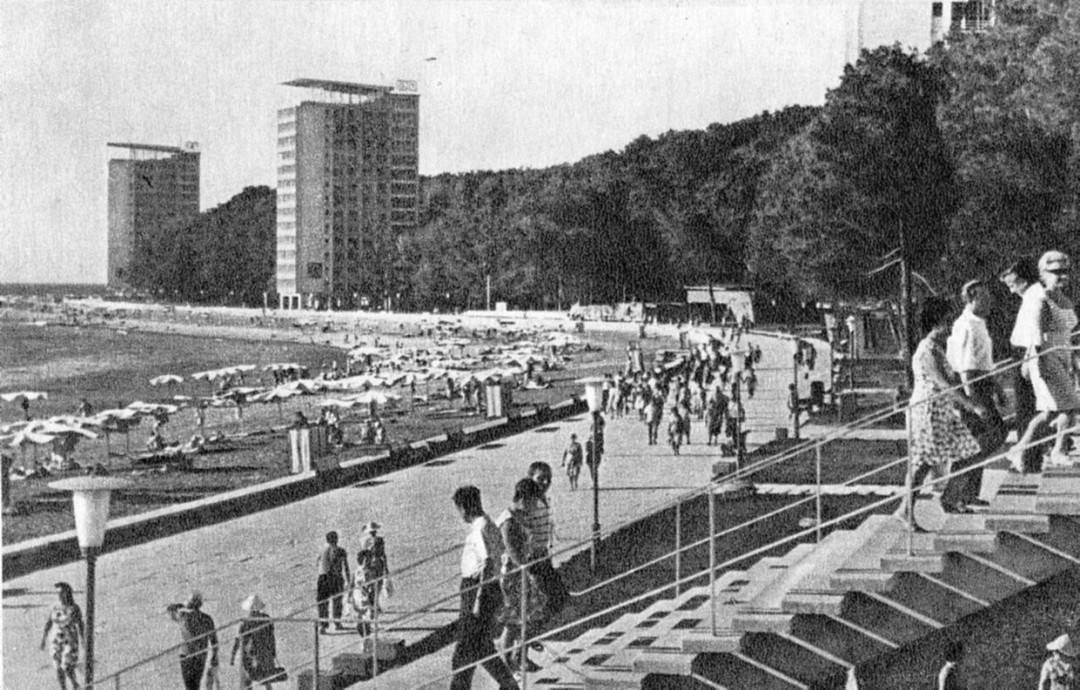 Pitsunda in 1970s was one of the most famous seaside resorts on the Black Sea and summer destination for soviet tourists. Today the town it belongs to Republic of Abkhazia that is a partially recognised state controlled by a separatist government, although the majority of the world’s governments consider Abkhazia a part of Georgia’s territory. The dissolution of the Soviet Union resulted in a geopolitical conflict in the Caucasus. Abkhazia declared its independence in 1992, starting a war of secession against Georgia ended the following year with the victory of the separatists.