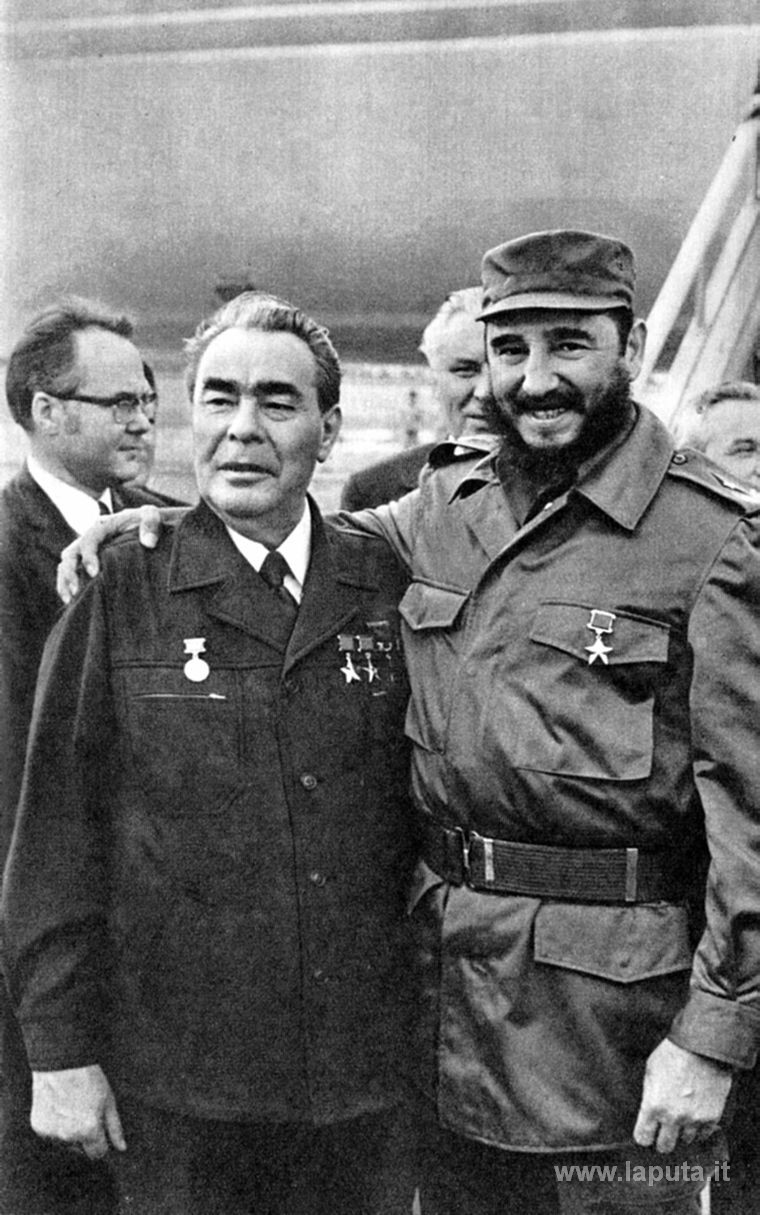 Cuba, 1974: Leonid Brezhnev (1906 – 1982), general secretary of the Communist Party and Chariman of the Supreme Soviet of the Soviet Union, and Fidel Castro, prime minister of Cuba. In this picture, Brezhnev has just arived at Havana airport for his official visit to Cuba of 28th January – 3rd February.