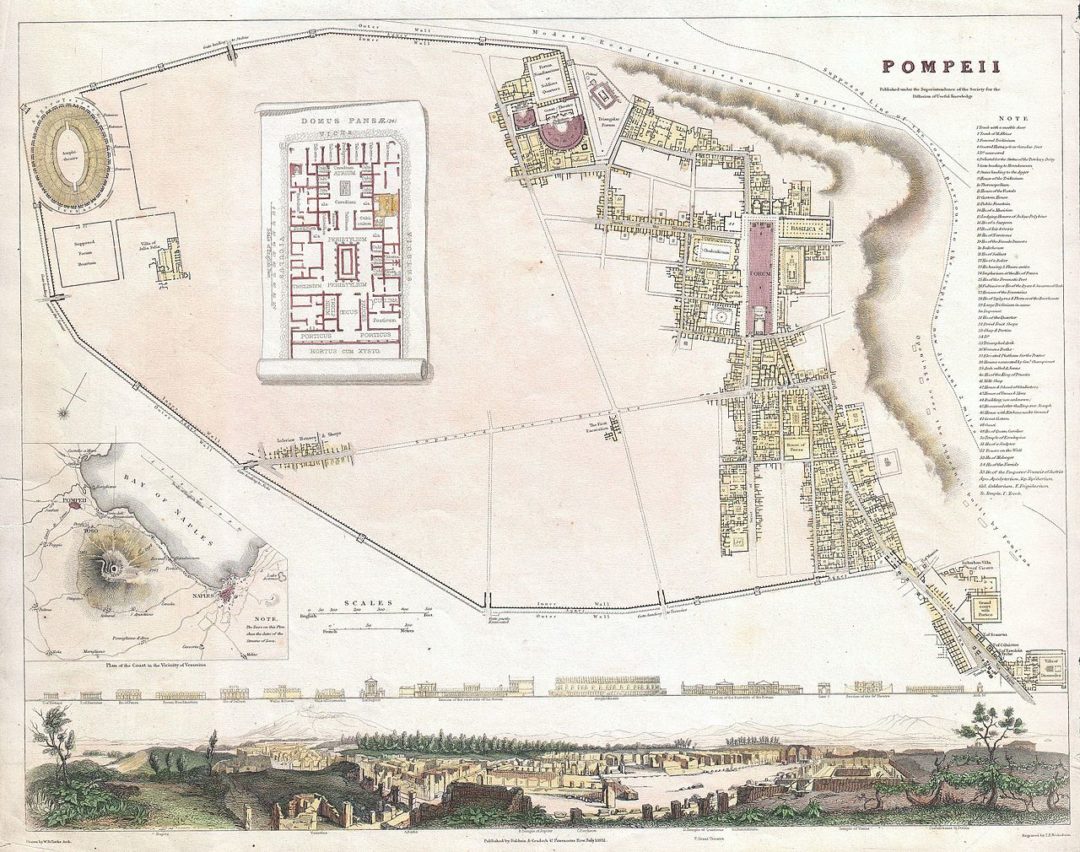 1832 map of Ancient Pompeii, Italy (near Naples), that is part of the atlas Maps

issued in 1844 by the Society for the Diffusion of Useful Knowledge in London (published by Baldwin & Cradock). Pompeii was destroyed by the eruption of the volcano Vesuvius, in A.D. 79 and remained buried under ash until its rediscovery in 1748. At thet time, the excavated portions of Pompeii was confined to the right hand quadrants of the map. The discoveries here, reported by travelers, may have been partially responsible for the classical revival of the mid 19th century. 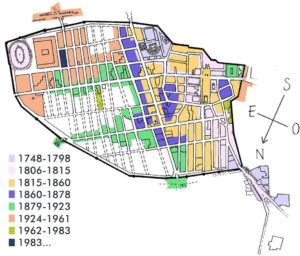 The map is enriched with a view of the excavation site, a plant of a typical Roman villa and a cartography of the Vesuvius area.

Detail: a view of the excavation site as it appeared in 1832 and fronts of buildings; in the distance one can see the Vesuvio. 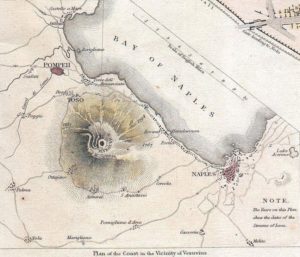 Detail: Vesuvio area with Pompeii and Naples. The lava flows are represented with an indication of the year of eruption, please note that distances are in British miles. 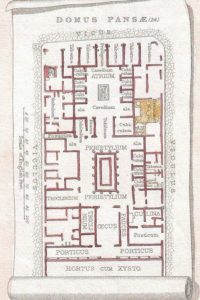